Kanata’s Hazeldean Mall is bracing for the departure of one of its anchor tenants this summer with no alternative lined up yet to fill the space.

The mall is one of the many large, older and mostly car-dependent suburban shopping centres in North America facing heated competition to draw in customers lured by the ease and convenience of online shopping — a trend intensified by the COVID-19 pandemic.

But experts say these decades-old malls are still valuable and can be reimagined for the 21st century by improving pedestrian and transit links and better reflecting the needs of the communities they serve.

“We’re in this unique position between COVID and online shopping where we have a real opportunity to re-examine how these spaces are used, and how they can be used to the benefit of everybody,” Kanata resident and user experience designer Gregory Cotton said.

“I think that we have an opportunity to change how we design these spaces to make them accessible for everyone and to give everybody a voice when it comes to how we build our communities.”

Located just off Eagleson Road, the Hazeldean Mall opened in 1979, shortly after Kanata was incorporated as a city, though before the community would emerge as one of Canada’s top tech hubs.

When it opened, the mall was home to two grocery stores, a liquor and beer outlet, a TD Bank branch and 50 other stores, the Ottawa Citizen wrote at the time.

Nowadays, the mall’s current two-dozen plus tenants appear to mostly provide services, such as an eye-care store, a travel agency, a shoe repair shop, an H&R Block, a tailor, a chiropractic clinic and the newest addition, a Goodlife Fitness gym. There are also a Rexall pharmacy, a few clothing stores — most notably Reitmans and Northern Reflections — and a Second Cup, but also several vacant storefronts plastered with signs advertising leasing opportunities.

The mall’s grocery store looks to be the latest departure.

Laura’s Your Independent Grocer is set to close this July, with corporate owner Loblaws moving the store to Elmvale in Ottawa’s southeast.

Since Hazeldean opened its doors over four decades ago, there has always been a grocery store. The space was first occupied by Steinberg’s until that chain went defunct in 1992, around which time Laura’s entered the space.

Loblaws blames the closure on a decrease in foot traffic and sales, saying “the store has been unprofitable and we don’t expect that to turn around.”

The loss of the grocery store will be hard on the community, Kanata South Coun. Allan Hubley said.

“Laura’s Independent was the one grocer that donated to all the small groups and the big groups in the community. I’m not sure if one of the big chains will step up to fill that void.”

Prior to renovations, the store hosted numerous plaques on a wall facing the checkout aisles celebrating donations to the food cupboard, local guides and cubs, baseball teams and more.

The grocery store is also located next to a major stop for local bus routes, providing easy access to community members that rely on transit to commute and run errands. With its departure, picking up groceries and other staples could become much more difficult as it’s unlikely that another grocer will step in to fill the spot, what with the large number of big box shopping centres in Kanata.

“Losing a grocery store that’s on like a series of public transportation routes like that is kind of a hit for those who might have to rely on buses or who can’t afford a vehicle,” Cotton said.

“I think that’s certainly worth making note of, it’s not like, simply bad because it’s one less grocery store in the area, but it’s also bad because it’s … a particularly accessible grocery store. Every time I’ve walked in there from my house, I at least see like five or six people waiting outside for a bus.”

Regional Group, the mall’s owner, directed any questions about the closure of Laura’s to Loblaws.

Tal Scher, Regional’s vice-president of asset management and investor and government relations, said in an email that the company was “currently in discussions with other groups regarding new opportunities at this location and are excited to bring our forward-thinking vision for the Hazeldean Mall to fruition.”

Laura’s move from Hazeldean comes after a difficult two years for malls both here in Ottawa and across the country, with public health measures keeping them closed or limiting capacity for long periods of time.

However, malls in Canada were facing headwinds even before the COVID-19 pandemic. A report from Deloitte Canada found that foot traffic to Canada’s top 10 malls dropped by 42 per cent between February 2019 and February 2020.

The most likely culprit? The growth of online shopping, which has been driven higher by the pandemic. A June survey from PayPal Canada said Canadians collectively increased their monthly online shopping spend by more than $2 billion compared to pre-pandemic times.

Vincent Mirza, an urban anthropologist at the University of Ottawa, said shifting “economic and environmental costs” were making it harder for malls to compete. Malls, he said, became popular because they were “centralizing spaces in the development of neighbourhoods where you can access the needs for living.”

That’s not the case anymore, especially for suburban malls. A click of button connects shoppers to virtually everything with no need to travel.

For malls to reinvent themselves, they’ll need to make themselves places to visit, not just to shop, Mirza says. This means bringing in “cultural venues, libraries, coffee shops, (and) benches for the elderly to sit.”

“It’s not rocket science,” he said. “Developers are quite open to those ideas, but it also needs to bring in some kind of profits.”

These reimagined malls should also serve as examples of eco-conscious development, he said, offering up “urban agriculture” and alternative transportation options such as more transit stops and better supports for bicycles and even electric cars.

“In terms of environment, I think it really could be in the future a space where you showcase environmental solutions, as an example for us, for the neighbourhood.”

For Wallace, shifting away from car-centric offerings not only offers savings for businesses, but will also help to make these malls community gathering spots.

“(We need to) think of South Keys as a centre of the community, rather than a place to get in and get out quickly,” she said, noting that businesses could save more money by providing less surface parking and offering, for example, a shuttle for nearby residents.

“I know we’re not going to go from South Keys to Venice overnight, but is there a way to make (big box stores) more part of a whole community that’s pedestrian oriented?”

For Better South Keys Centre, the goal is to do just that: convince decision-makers to change the mall to better serve the community, rather than its big box clients. This could mean adding housing within the mall’s large footprint, which Wallace said would have the additional benefit of making the area safer and more appealing.

“So you have this sort of constant informal surveillance of the street going on and reduces the opportunity for malicious behaviour.”

As for Hazeldean, it’s not quite clear what will come in to replace its anchor grocery store. Another grocery store seems unlikely based on Loblaws’ reasoning for pulling the plug, and its local councillor says he thinks the mall will continue to welcome more activity-based tenants, pointing to the massive Goodlife Fitness (the largest in Ontario) that opened in the mall in December.

“We have lots of grocery stores so I’m not overly worried about the grocery store component of this,” Hubley said.

“The people that own and operate the mall are some of the best people in their field. I have no doubt that they will be able to rebound from this.”

Sign up to receive daily headline news from the Ottawa SUN, a division of Postmedia Network Inc.

Thanks for signing up!

A welcome email is on its way. If you don’t see it, please check your junk folder.

The next issue of The Ottawa Sun Headline News will soon be in your inbox.

We encountered an issue signing you up. Please try again 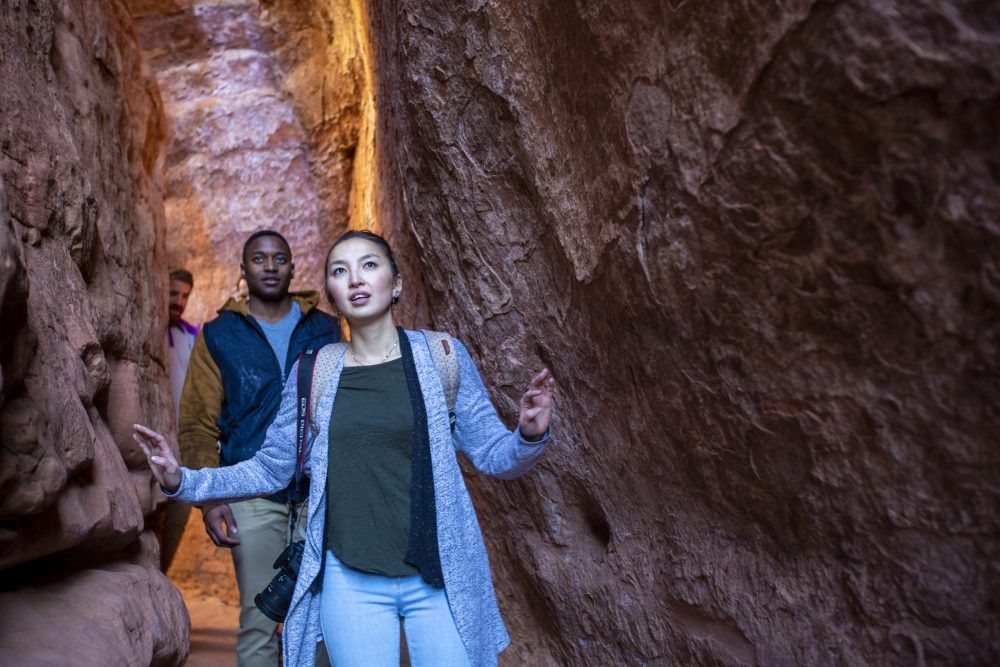