Martin Roberts was one of the many brave people who made the 1,260-mile trip from the UK all the way to the Poland-Ukraine border to deliver supplies amid the ongoing Russian invasion.

It all started after watching the news and feeling helpless, before he woke up and decided to take action to help people still in the country as well as those crossing the border into safer territory.

“I just woke up having watched the news, I was so affected by what I saw. I couldn’t sleep properly, woke up crying and just thinking, ‘What could I do?’,” he told OK!

Martin explained he went to his local Costco to get supplies that he had planned on donating to any organisation that could transport them across to Ukraine.

While there, he attempted to buy Calpol, which can help bring down the temperature in sick children, but there’s a limit to how many you can buy at any given time. Luckily, people around him heard his predicament and bought some for him, too, and “wouldn’t take the money back”.

A video he posted explaining this situation went viral and, soon, an organisation called Help from Bournemouth to Ukraine got in touch with him to ask for his help. The first thing they really needed to find to take with them was survival blankets. Jumping at the chance to help, Martin said he “ordered 300 survival blankets from Amazon and had it delivered to them”.

The organisation was then faced with another problem, they didn’t have enough space to take all the supplies across to the Poland-Ukraine border of Medyka. Again, Martin took the opportunity and explained he had a Volkswagen van and would be willing to make the trip with them.

Martin recalled: “I said, ‘Well, when are you going?’ and they said tomorrow morning at 9 o’clock. This was 6 o’clock in the evening. They’d been planning this for weeks and I had less than 12 hours. But now I’d been told about it, I had to do it!”

Because he had a smaller vehicle, they entrusted Martin with a lot of high-value supplies, including defibrillators, child heart-rate monitors, saline drips, surgical equipment and more supplies totalling thousands of pounds in value.

After catching a ferry from Dover to Calais, Martin spent the next two days driving through France, Holland, Germany and to Poland while surviving off wine gums and Red Bull. “I was just a man on a mission,” he told OK! “It was very tiring. Google says it’s 23 hours, but it doesn’t take into account stopping, eating, going to the toilet, and stretching your legs. It’s 1,260 miles. It’s not a walk in the park.”

He finally reached Medyka, where he met with a man who took the supplies and transported them the rest of the way across to hospitals in Lviv. He was later sent a photo of a doctor holding one of the supplies he had brought over from the UK. “I would have gone into that war zone,” Martin explained, but it was deemed too dangerous as aid convoys were being targeted by Russian forces – and he drove a bright red van.

“I went into a refugee centre on the border, it was a massive sports hall, which was crammed with portable camp beds. This particular centre was designated for families with children so it was much more protected with security guards,” he shared.

Speaking about the parents and children he met while there, he went on: “I’ve got a 12 year old and a 14 year old, so to see children the same age as mine with the clothes they were standing up in and maybe a small rucksack and that was it, was difficult.

“I arrived with a big bin bag full of cuddly toys. There’s one image of this one girl with a cuddly bear, which on one hand is uplifting but on the other hand heartbreaking.”

He went on: “There was this one lad who was the same age my son, he was on a camp bed with his mum and he had his mobile phone. He had the same kind of clothes as my son, Nike sweatshirt, and yet he had nothing. I had this football, it was a silly little gesture, but I gave it to him and explained that I had a son the same age as him at home and I just wanted to say, ‘The world knows and is thinking of you and doing what it can to help.'”

From there, he went to the actual border between Poland and Ukraine, where people come in and are loaded onto buses to be taken to the distribution centres. Martin said: “The moment they get into Poland, they are immediately wrapped in love and welcomed. The Polish people are being incredible.”

At the border, there was a reception centre, where he described the atmosphere was “calm” and said, “most of the women were just in a state of shell-shock, but what can they do? Waiting for the next step of a very unexpected and totally unjustified and unfair journey.”

Breaking down into tears, he went on: “When I got home, I had to think about it – this child, this 14 year old boy, who I gave this football to… I’m trying to track him down, I’ve asked the people to try and track him down because I want to make sure they’re alright. I just think about that, it’s b***dy heartbreaking.”

Martin isn’t done yet as, although he’s returned to the UK, he’s already delivered a van full of supplies from company Speedy Ironing in South Wales to the Help from Bournemouth to Ukraine organisation.

He’s now set up a fundraising page for people to donate money in order to get care homes that are not in use so refugees have a place to go, whether that’s short term or long term. “I’m going to try and get care homes up and running again because I think it’ll be a good place to give people a place. I’m going to try and get this idea off the ground using my property expertise,” he said.

Martin is encouraging anyone to get in contact with him if they can offer empty care homes or hotels as a gift, sale or lease. He’s also encouraging people to provide charitable donations for when his crowdfund is live and any ideas or suggestions to further help the people of Ukraine.

For all your updates on Martin Roberts and the developing situation in Ukraine, sign up to our daily OK! newsletter.

Sat Mar 19 , 2022
Fail to remember Gua Sha experience stones, ice rollers and lip fillers, you most likely now have the easiest and most effective device to make your confront more attractive: a blue clinical mask. As the globe grapples with no matter if or not to continue wearing a mask, a latest […] 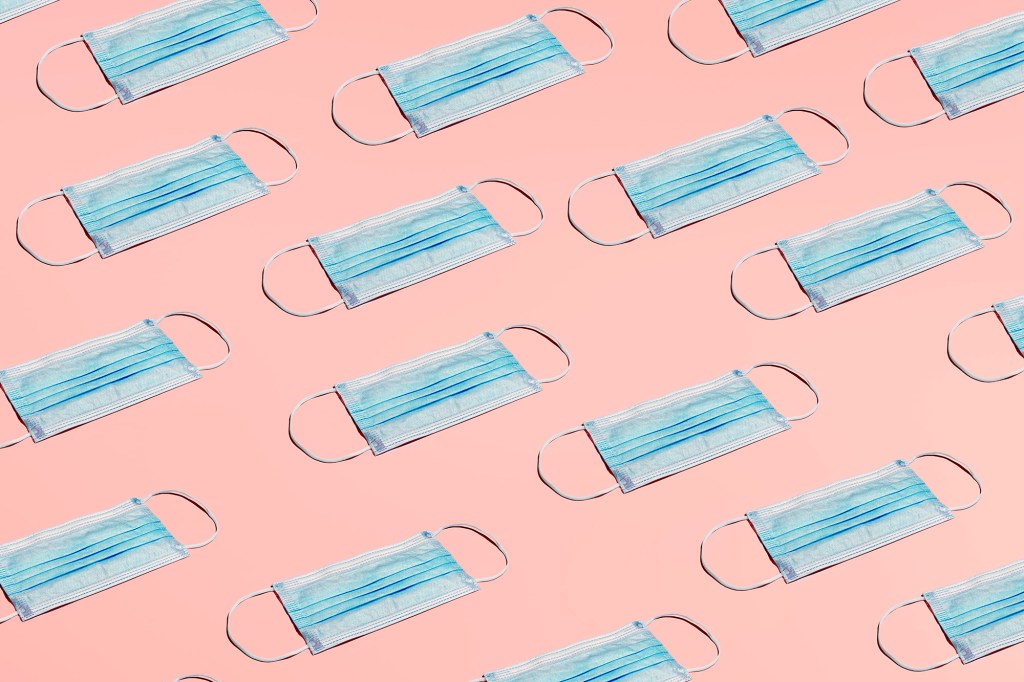 who invented the car